Sixteen years in the making, Kipchoge now confirmed as the best in the world

Eliud Kipchoge may have covered one of the sport’s most iconic distances faster than any other athlete in history, but the Kenyan marathon runner is in no hurry.

Just hours before being named the IAAF Male Athlete of the Year for 2018, Kipchoge explained how being patient is crucial for success at 26.2 miles.

“Patience is vital for any marathon runner to have in their day-to-day life,” he says. “Patience applies everywhere: in training, in racing, and even when you are relaxing.

For someone who back in 2003 seemed to emerge almost overnight to become one of the world’s elite, Kipchoge has shown over the past 16 years that he is in it for the long haul.

His world U20 cross-country title in 2003 was followed five months later by winning the senior world 5000m title in Paris, beating distance greats Kenenisa Bekele and Hicham El Guerrouj in an unforgettable race.

But despite the magnitude of that achievement, few would have predicted that Kipchoge would go on to achieve all that he has done.

His Olympic gold medal in 2016 and his recent world marathon record of 2:01:39 were simply the culmination of two long-term relationships he has maintained since his early days in the sport.

“I admired Patrick Sang’s coaching skills when I was young and I approached him,” he explains. “We have been together for 16 years. He’s more than a sports coach; he is a life coach. He’s all around such a great guy. I lack words to explain how important he is. He is one of the few people I know in this world who can make sport go to another level.

“Global Sports Management are the ones who exposed to me the rest of the world and who managed my career. I can say with the team of coach Sang and the team of Global Sports, they are the two most important things in my life.

“After Berlin (where he broke the world record), I went to Global HQ in the Netherlands and we celebrated in our own way, then I flew back to Kenya. Everyone has their own way of celebrating but ours was low key. I celebrated with my team-mates and my family.”

Athletics – and distance running in particular – is predominantly an individual sport, but with NN Running, a group set up by Global Sports, Kipchoge very much sees himself as being part of a team. He even feels there is potential for more team-based competitions within athletics.

“I like what NN Running are doing,” he says. “One day, maybe five or 10 years in the future, I’d like to see marathons become a team event with company rankings like in Formula 1. What is needed in the world is love and teamwork – they are putting love to athletes and their fans, and they’re the first team to do that.”

One of Kipchoge’s – and NN Running’s – more notable achievements in recent years was the Breaking2 experiment in Monza. Although Kipchoge finished 25 seconds outside the two-hour barrier, it made many people rethink what was possible in the marathon.

“It was a breakthrough as far as sport in the whole world,” says Kipchoge. “I was running against the unthinkable and I managed to outdo them. It gave me confidence that I could run a world record.

“My world record, 2:01:39, is not the fastest I have run for a marathon but I think I can improve on my world record in future.”

Kipchoge hasn’t yet made any concrete plans for 2019. He says he will sit down with Sang and his team in January to plot out his racing schedule for the year. One thing is certain, though: he won’t return to the track.

“It’s not difficult to find new motivation, I always motivate myself. I am more than motivated to face the next season and hopefully it will be successful.”

Eliud Kipchoge in action at the London Marathon

Speculation is already mounting for a potential rematch against multiple world and Olympic champion Mo Farah, who finished finished third behind Kipchoge at the London Marathon earlier this year. Having learned a lot from his first two marathons, Farah then went on to win in Chicago later in the year, breaking the European record with 2:05:11.

Kipchoge welcomes the rivalry – not just from Farah but from all of his opponents.

“Mo Farah is good; he can win everything,” he says. “When somebody is focused, they are focused. It’s more than just concentrating on sport.

“I cannot say I am unbeatable; everybody is ready to beat me. To enjoy the sport you need to accept the results. The moment he beats me, I will shake his hand and continue. That’s the only way to enjoy sport.”

A clash between the pair could happen either at a big city marathon or at the IAAF World Athletics Championships Doha 2019. Kipchoge hasn't yet decided about the latter, but he is unfazed about competing at midnight and in potentially humid conditions.

"Personally I don’t complain," he says. "It’s a competition organised by IAAF, their decision is final, and the first one will be world champion – I won’t complain at all."

And although Kipchoge says he may not be unbeatable, in an event that can often be unpredictable, he has proven time and time again that he is the best marathon runner in the world.

He has won all but one of his 11 marathons to date. His 10 fastest times all range between 2:01:39 and 2:05:30. His ‘slowest’ time – 2:08:44 at the 2016 Olympic Games – came in a competition where times are secondary to finishing positions and underlined his ability to win different kinds of races.

Many would say Kipchoge is the greatest in history at the distance and few would argue. There was also little disagreement that he was a worthy winner of the World Male Athlete of the Year award.

“Being named the Athlete of the Year means the whole world believes in my story, in my hard work and in what I am doing in this sport,” said Kipchoge, who at 34 became one of the oldest ever recipients of the award.

“I am happy that I have inspired every generation and I hope I can continue to inspire more people in future.”

Jon Mulkeen for the IAAF 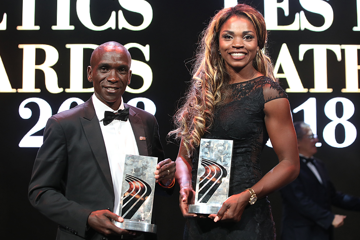 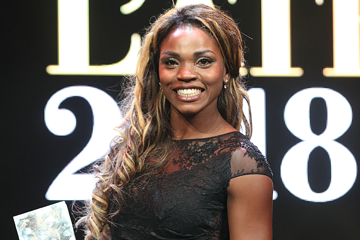 Ibarguen’s hop, step and jump to the top of t... 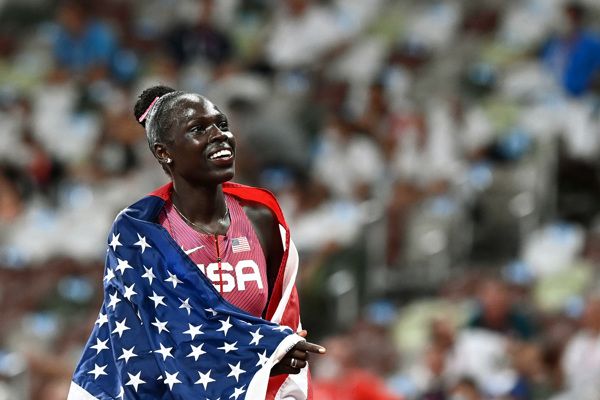 After top year, Mu continues to shoot for the stars 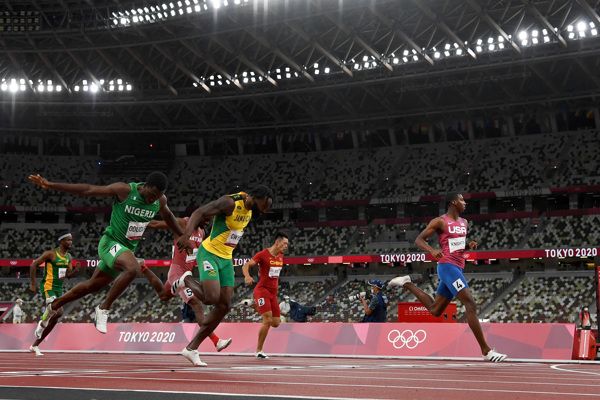 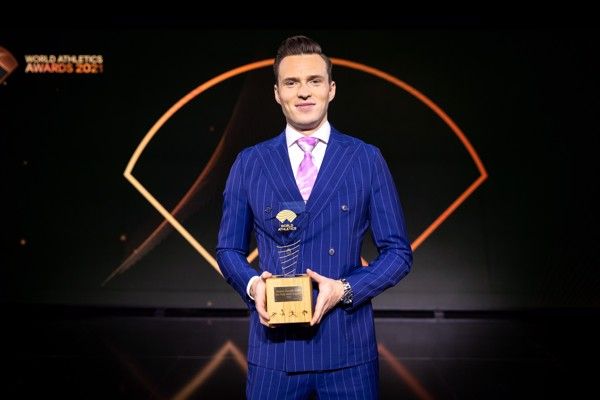