In what may be the most impressive victory of his short but brilliant career, 20-year-old Jakob Ingebrigtsen upset an exceptional 5000m field, including both the world champion and world record-holder, at the Wanda Diamond League meeting in Florence on Thursday (10).

The Norwegian wunderkind took a whopping 13 and a half seconds off his personal best to stop the clock in 12:48.45, a European record and his first sub-13 minute performance, having burned off the world’s most highly-credentialed 5000m runners over the last 200m of the race.

Ethiopia’s Hagos Gebrhiwet finished second in 12:49.02, ahead of Canada’s Mohammed Ahmed (12:50.12), but world record-holder Joshua Cheptegei paid for his early aggression, fading to sixth in 12:54.69.

“I’ve been doing a lot of good training but it’s just crazy to run this fast in an actual race and also take down the best runners in the world – that’s a lot of fun,’’ Ingebrigtsen said.

“I felt like I saved a lot of energy earlier in the race and I believe the guy that wanted to win the race the most, he won at the end, and that was me.”

The European 1500m and 5000m champion, Ingebrigtsen has targeted the 1500m for the Tokyo Olympic Games as the schedule does not allow for the double, and said this result would not alter his plans.

Few athletes have ever had a more eventful week on the track than Sifan Hassan, who set a world 10,000m record on Sunday, lost it to her Ethiopian rival Letesenbet Gidey on Tuesday and rebounded to defeat an Olympic-strength 1500m field in Florence on Thursday.

Coming into the meeting, Hassan claimed that her endurance was better than her speed but when Olympic champion Faith Kipyegon challenged her on the final bend, the Dutch world champion found just enough strength to fight her off and claim the victory in a world-leading 3:53.63. 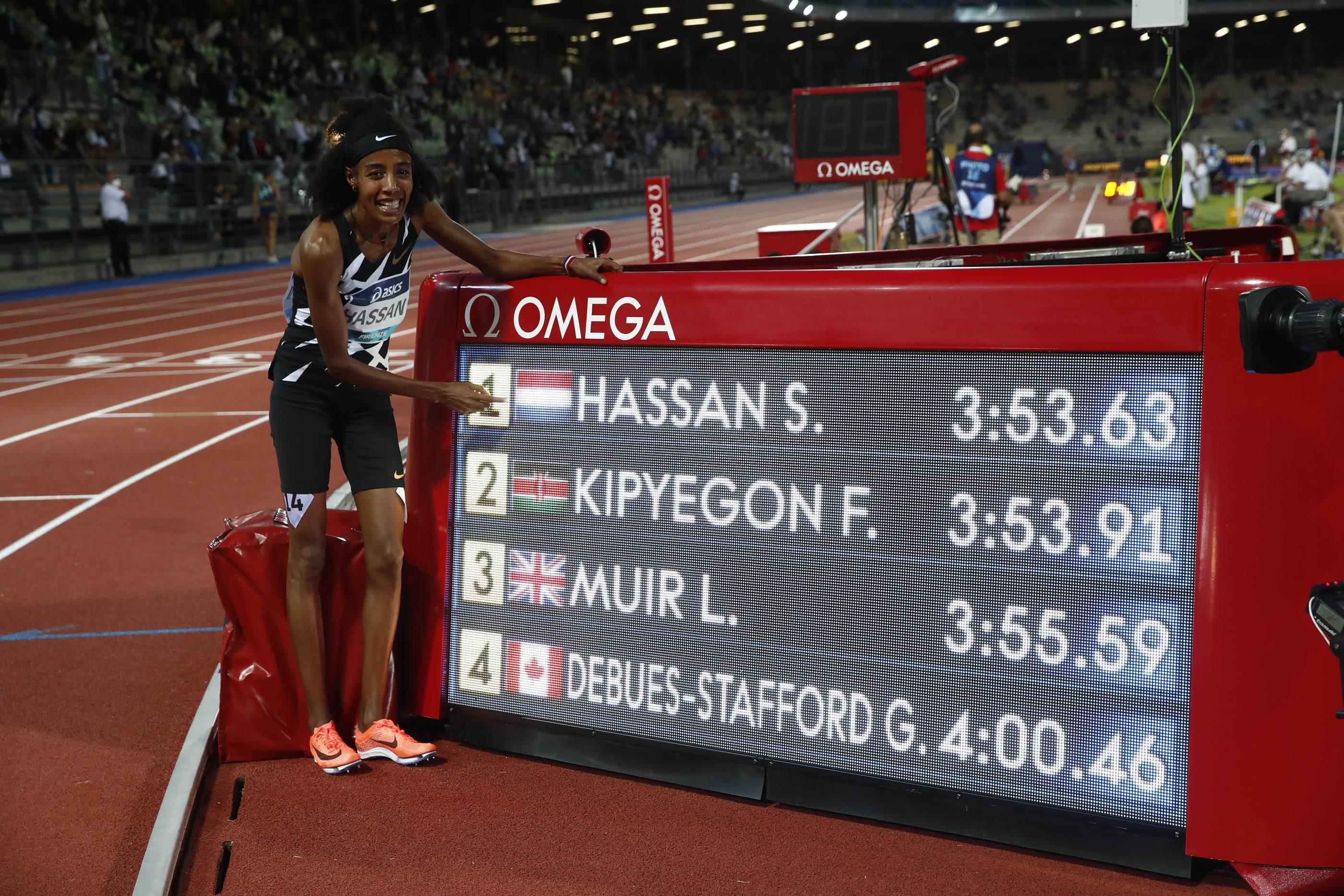 “I am so happy and I am so tired,’’ Hassan said afterwards.

“It was an amazing race. I thought Faith was going to beat me in the last 400m because I haven’t been working on speed and I just came from 10,000m so I don’t know where my speed came from, it surprised me.”

Regardless of this result she is not tempted to try to repeat the 1500m-10,000m double she achieved at the 2019 world championships, saying she wanted the fresh challenge of the 5000m-10,000m combination in Tokyo.

Another world champion who showed impressive speed was 200m title-holder Dina Asher-Smith, who was utterly dominant in her favoured event and would have cracked the 22-second barrier if there had been just a smidgen more following wind.

She was well-satisfied with the 22.06 clocking, with a slight tailwind, and believes she is in a good place with the Olympic Games just six weeks away.

“My team and I know I’m in good shape and I’m happy to come out and run that today, but I know I can go quicker so I’m excited to be able to go again,’’ she said.

The highly-credentialed Ivory Coast sprinter Marie-Josee Ta Lou set a season’s best of 22.58 but was some five metres in arrears.

There were more fast times in the sprint hurdles as Olympic champion Omar McLeod and in-form Puerto Rican Jasmine Camacho-Quinn set meeting records. Camacho-Quinn clocked 12.38 to take down a 41-year-old record, while McLeod set a world-leading time of 13.01 in an equally convincing display. 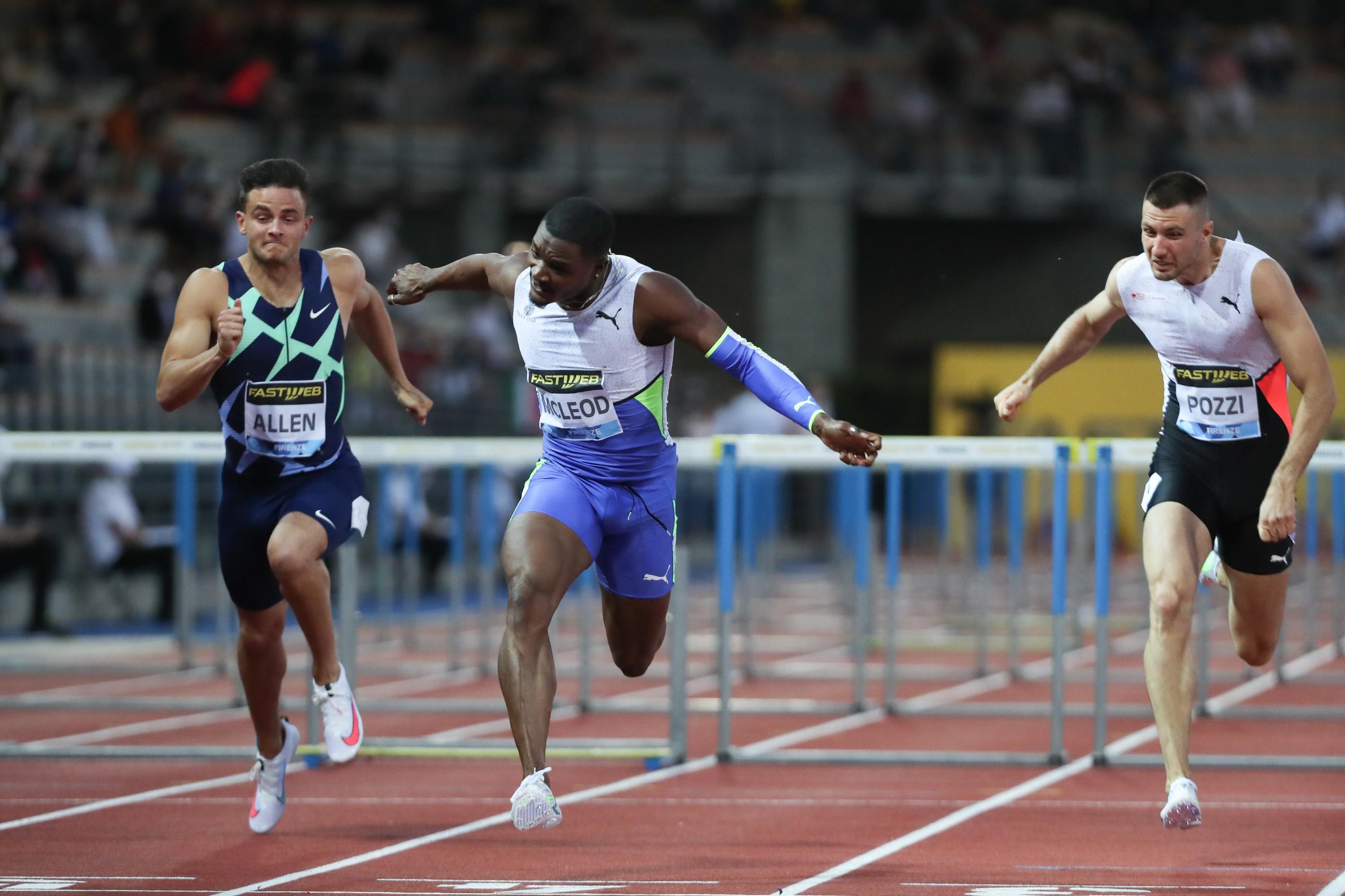 European indoor 400m champion Femke Bol confirmed her good form with a Dutch record of 53.44 in the women’s 400m hurdles, which ranks her third fastest in the world this year, behind American pacesetter Sydney McLaughlin (52.83).

Morocco’s Soufiane El Bakkali established early season superiority in the 3000m steeplechase, clocking a world lead of 8:08.54 to defeat Bikila Tadese Takele of Ethiopia (8:10.56) and countryman Mohamed Tindouft (8:11.65). By contrast, the reigning world champion Conseslus Kipruto struggled to stay with the pace and dropped out midway through the race.

That was in the second round of the competition, but under the ‘final three’ format, she still had to register the best throw in the last round to claim the victory, which she did with a throw of 66.90m to down her great rival, the reigning world champion Yaime Perez (65.37m in the final round, after a best of 66.82m in the first round). 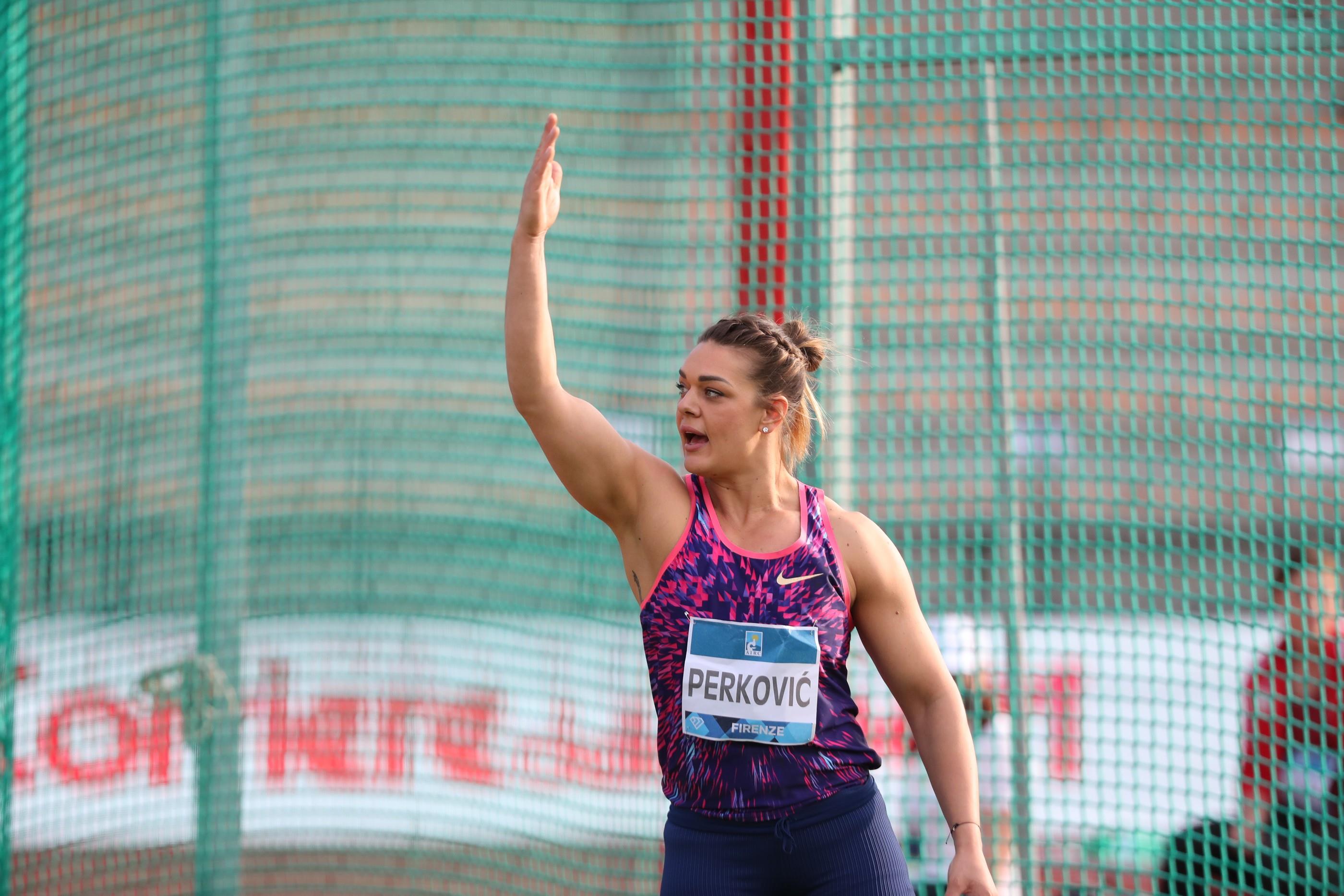 The 30-year-old Croatian has been searching for this rhythm all season and said this competition, likely to be her last before the Olympic Games, would give her the confidence she needed to contend for a third consecutive Olympic title.

New Zealand’s 2017 world champion Tom Walsh temporarily put aside his grief at the unexpected death of his agent Andy Stubbs last weekend to claim victory in the men’s shot put under the final three format. Walsh was third placed (21.43m) going into the winner-take-all final round but saved his best for last with a throw of 21.47m which Armin Sinancevic (20.93) and Leonardo Fabbri (19.82) could not match.

World pole vault champion Anzhelika Sidorova, competing as a neutral athlete, made an impressive return to international competition, clearing 4.91m to win the women’s pole vault, and a first-time clearance at 2.33m gave fellow neutral athlete Ilya Ivanyuk victory in the high jump on countback from Brandon Starc and Gianmarco Tamberi, who also cleared 2.33m. In a close competition, world champion Mutaz Essa Barshim was bumped off the podium, finishing in fifth place with a best height of 2.30m.

BACK
Pages related to this articleAthletes
Sandra PERKOVIC