10 iconic moments from the London Marathon

Grete Waitz in action at the 1983 London Marathon (© Getty Images)

Since the inaugural edition 40 years ago, the London Marathon – like most big city races – has produced many memorable moments.

After running the 1979 New York Marathon, 1956 Olympic steeplechase champion Chris Brasher was inspired by what he described as “the greatest folk festival the world had seen” and wondered whether the British capital would be capable of staging such an event.

Eighteen months later, Brasher co-founded the London Marathon and it has since gone from strength to strength.

The 40th edition of the London Marathon has been rescheduled to October due to the Covid-19 pandemic, but to mark the originally intended date, here are 10 of the most memorable moments from the elite races over the past 40 years. 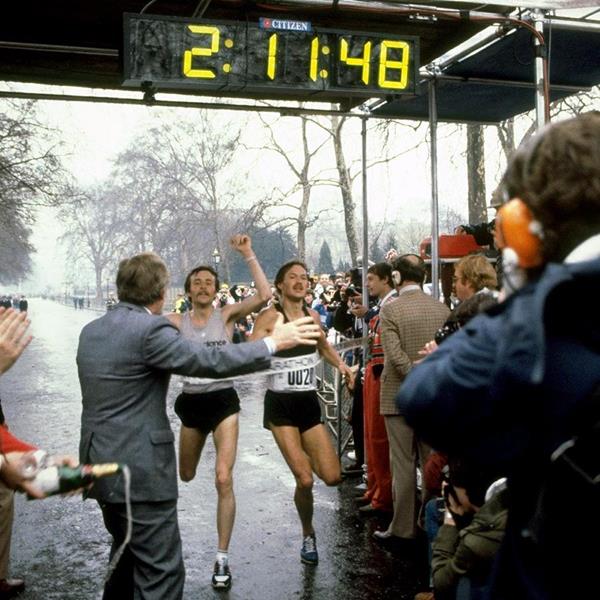 USA’s Dick Beardsley and Norway’s Inge Simonsen had battled for almost 26 miles in the hope of becoming the first ever winner of the London Marathon. But with about half a mile to go, they agreed to cross the line in unison and share the victory. The moment brought the duo sporting immortality, while the photograph of the two men crossing the finish line hand in hand became an enduring image of the London Marathon. 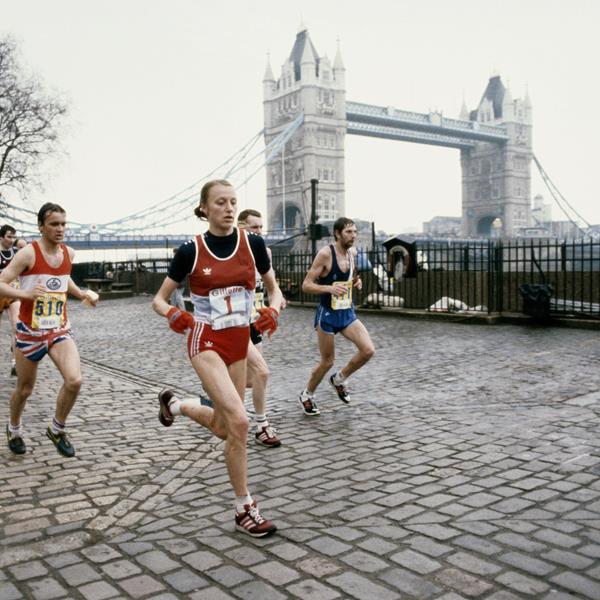 Her world record may have only lasted one day, but Grete Waitz’s clocking of 2:25:29 will go down in secured her fifth world cross-country title one month prior, won by almost three minutes in London. She went on to win the world title in Helsinki later that year, regained her London Marathon title in 1986 and won nine times at the New York City Marathon. 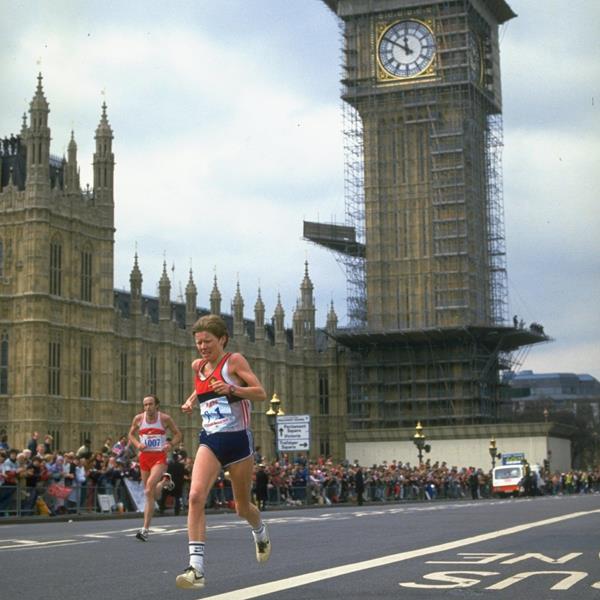 Just two years after her Norwegian team-mate had made history in London, Ingrid Kristiansen smashed the world record with her victory in the 1985 race. Her winning time of 2:21:06 stood as a world record for 13 years. Paula Radcliffe – who, as an 11-year-old girl, stood and watched Kristiansen that day – went on to break the London course record in 2002. 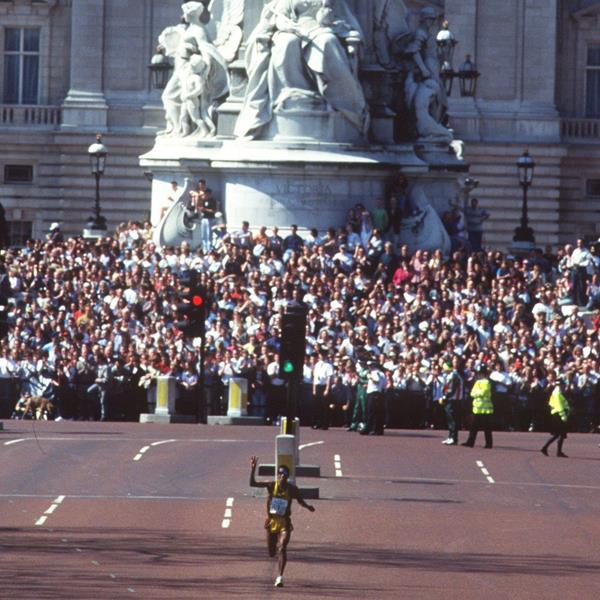 Although he never set a world or course record in London, Mexico’s Dionicio Ceron made history in 1996 by becoming the first man to win three times at the London Marathon. Ceron, who had set a PB of 2:08:30 to win by just three seconds in 1995, successfully defended his title one year later on what was then the hottest edition of the race. He bided his time at the back of the pack but pulled away in the closing stages to win in 2:10:00. 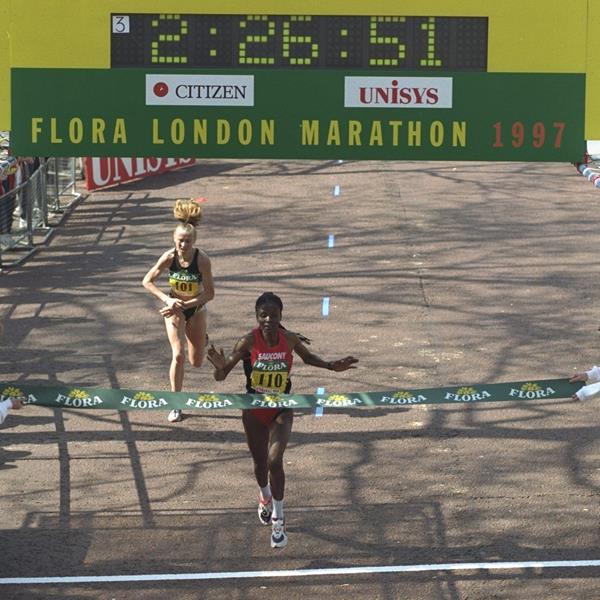 It may be difficult to comprehend now, but the women’s races at the first 16 editions of the London Marathon were all won by European athletes. That all changed in 1997, though, when Kenya’s Joyce Chepchumba became the first African winner of the women’s race, beating defending champion Liz McColgan by one second. She regained her title in 1999 and went on to win the Chicago Marathon (twice), the New York City Marathon and the Tokyo Marathon. 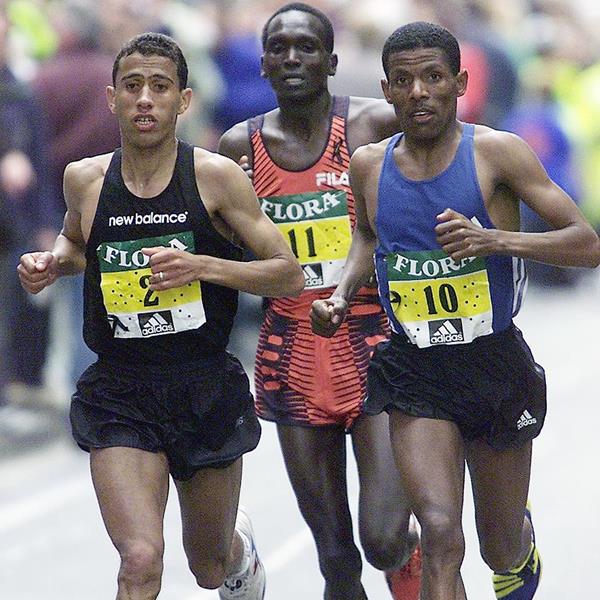 The much-hyped three-way clash between world record-holder Khalid Khannouchi and track stars Haile Gebrselassie and Paul Tergat did not disappoint. While much of the focus was on two-time Olympic champion Gebrselassie and five-time world cross-country champion Tergat, Khannouchi showed he was king of the roads that day, winning in a world record of 2:05:38. Tergat went to second on the world all-time list with a Kenyan record of 2:05:48 while Gebrselassie’s 2:06:35 was an Ethiopian record. 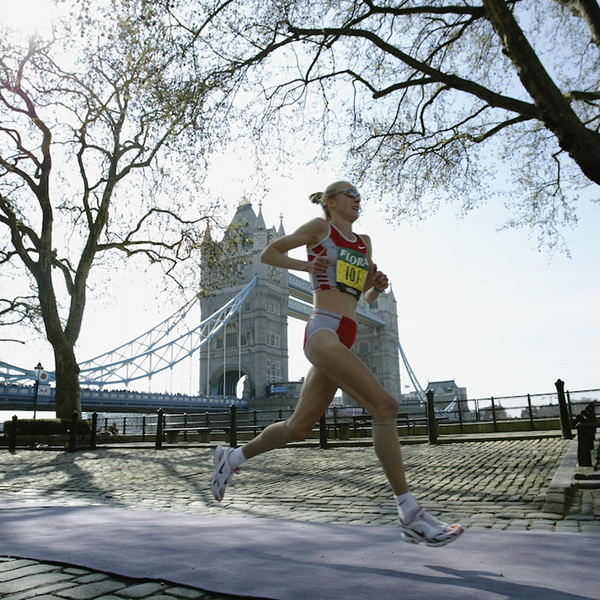 Following her highly promising marathon debut in London in 2002 when she clocked a course record of 2:18:56, Paula Radcliffe returned one year later with a view to bettering the world record of 2:17:18 she had set in Chicago six months prior. She went through half way in 1:08:02, and then she sped up, covering the second half in 1:07:13. Lasting more than 16 years, it became the longest-standing marathon world record in the professional era. 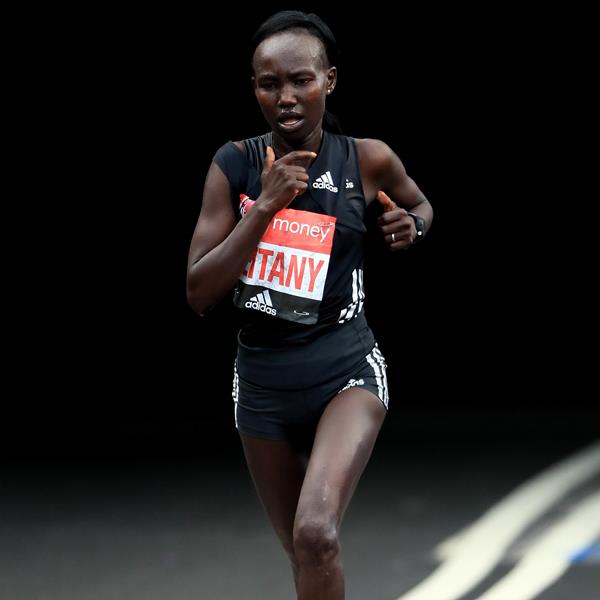 In 2017, Mary Keitany joined the three-time London Marathon winners club and did so in style. The Kenyan had previously won numerous big city races, including the 2011 and 2012 editions of the London Marathon, but her races – or, more specifically, her pacing – hadn’t always gone to plan. In 2017 she got it right, though, and was rewarded with a women-only world record of 2:17:01. 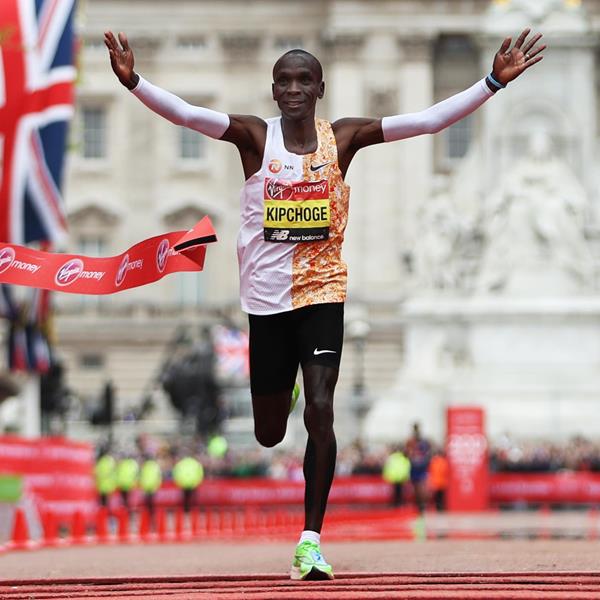 When Eliud Kipchoge lined up for the 2019 London Marathon, he had little to prove. He had already won the race three times, owned the course record, held the world record with his 2:01:39 clocking from Berlin in 2018, and was the Olympic gold medallist in the event. But he added to his legacy by becoming the first ever four-time winner of the London Marathon, doing so in a course record of 2:02:37.

BACK
Pages related to this articleAthletes
Dionicio Ceron The New Normal: Life in the time of coronavir...