If there is one thing that has characterised the fledgling career of 21-year-old Ethiopian distance runner Selemon Barega, it is fearlessness.

Since bursting on to the international scene as a precocious teenager, he has never been afraid to take on the best runners in the world, even when, on occasion, he has been schooled by his elders in major races.

But he has clearly been learning, because he gave a distance-running masterclass to win the men’s 10,000m at the Olympic Stadium on Friday night (30), the first gold medal awarded in athletics at the Tokyo Games.

A fascinating race, with a series of twists and turns, ultimately came down to the usual suspects - the world 10,000m champion Joshua Cheptegei, the world silver medallist Barega and the world half marathon champion Jacob Kiplimo.

Cheptegei, the world record-holder over both 5000m and 10,000m, had made no secret of his desire to succeed Mo Farah as the Olympic champion, but Barega ran the better tactical race, getting the jump on his Ugandan rivals when he launched a withering attack 350m from the finish line.

He committed completely to the move, tearing away as if being pursued by wolves. Cheptegei and Kiplimo were a beat too slow to react in the oppressive conditions (27 degrees and 80 percent humidity) and ultimately that made the difference.

Barega said he had prepared for a sprint finish and was confident in his late turn of speed.

"When I was left with very short lengths like 400 (metres) or 200 (metres), I was really confident about myself to win," he said.

He declared that he would like to step into the shoes of his illustrious forebears Haile Gebrselassie and Bekele, by attempting the 5000m-10,000m double in Tokyo, if allowed by his team.

Cheptegei admitted afterwards that he had been caught in two minds, and was unwilling to push the pace earlier after struggling with a tendon injury in his heel for the last few months.

Meanwhile, all the main contenders progressed safely through the women’s 5000m heats, headed by first heat winner Sifan Hassan of the Netherlands (14:47.89). 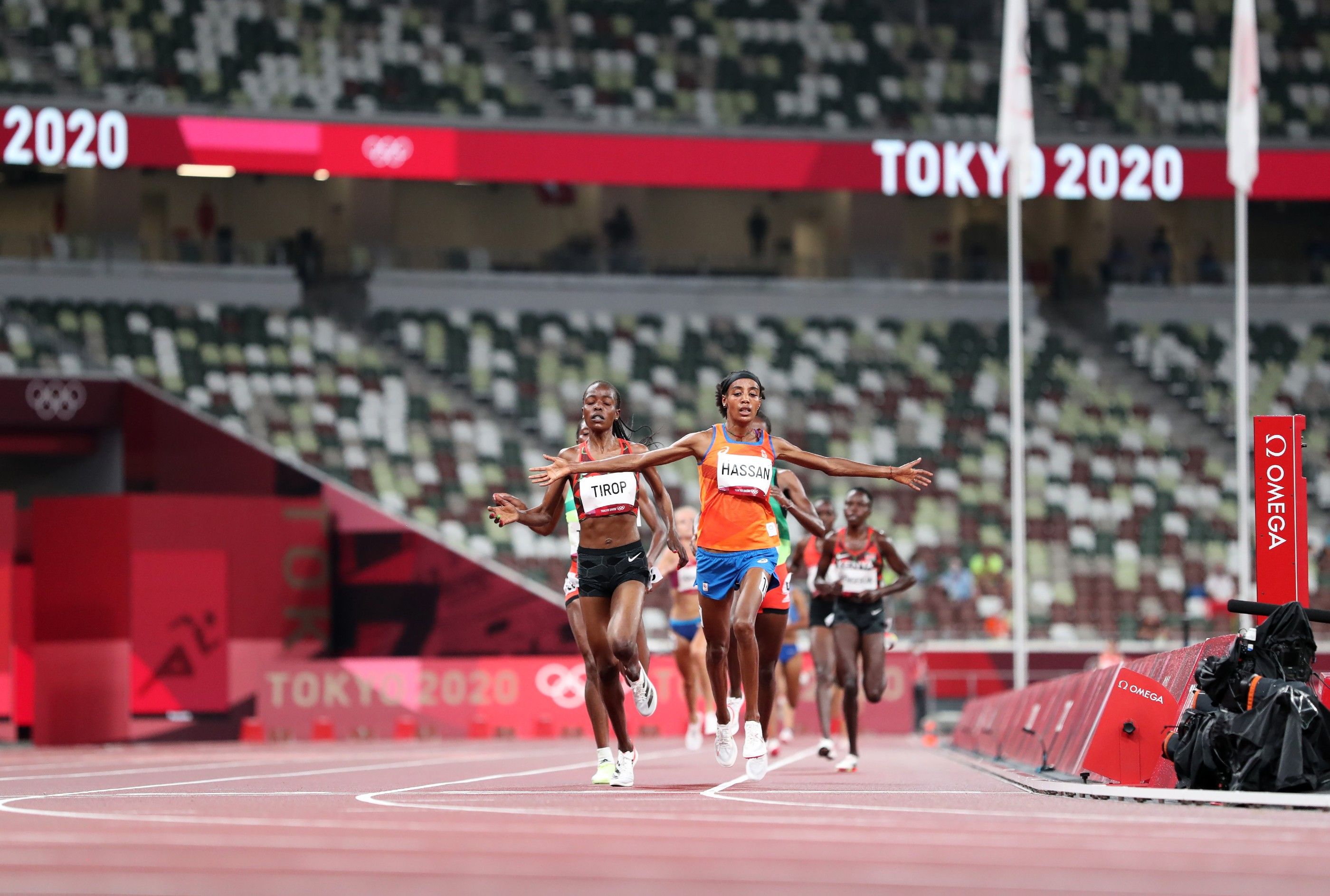 Hassan may yet tackle an unprecedented treble at these Games as she has entered the 1500m, 5000m and 10,000m and is tempted by the opportunity to do something that no other athlete has done in the Olympic arena.

She expended as little energy as possible tonight, only exerting herself in the late stages, and she kept her cards equally close to her chest in the post-race interviews.

"Now I’m happy that I made it to the 5000m final and the weather is so hot, and I have a lot of pressure with Covid, about everything."

Burundi’s Francine Niyonsaba was third across the finish line but was disqualified for stepping inside the track on the bend. The Burundi team appealed the decision but the Jury of Appeal reviewed the video evidence and denied it.

Obiri revealed afterwards that the Kenyan trio would run as a team in the final in order to claim back the gold medal for their country.

The mixed 4x400m relay made its Olympic debut with a dramatic qualifying round. The US team was initially disqualified for having one runner start outside the takeover zone, after winning the first heat in 3:11.39, only to be reinstated a few hours later.

Second-placed Dominican Republic (3:12.74) had also been ruled out for lining up in the wrong order at the takeover, but they too were reinstated. 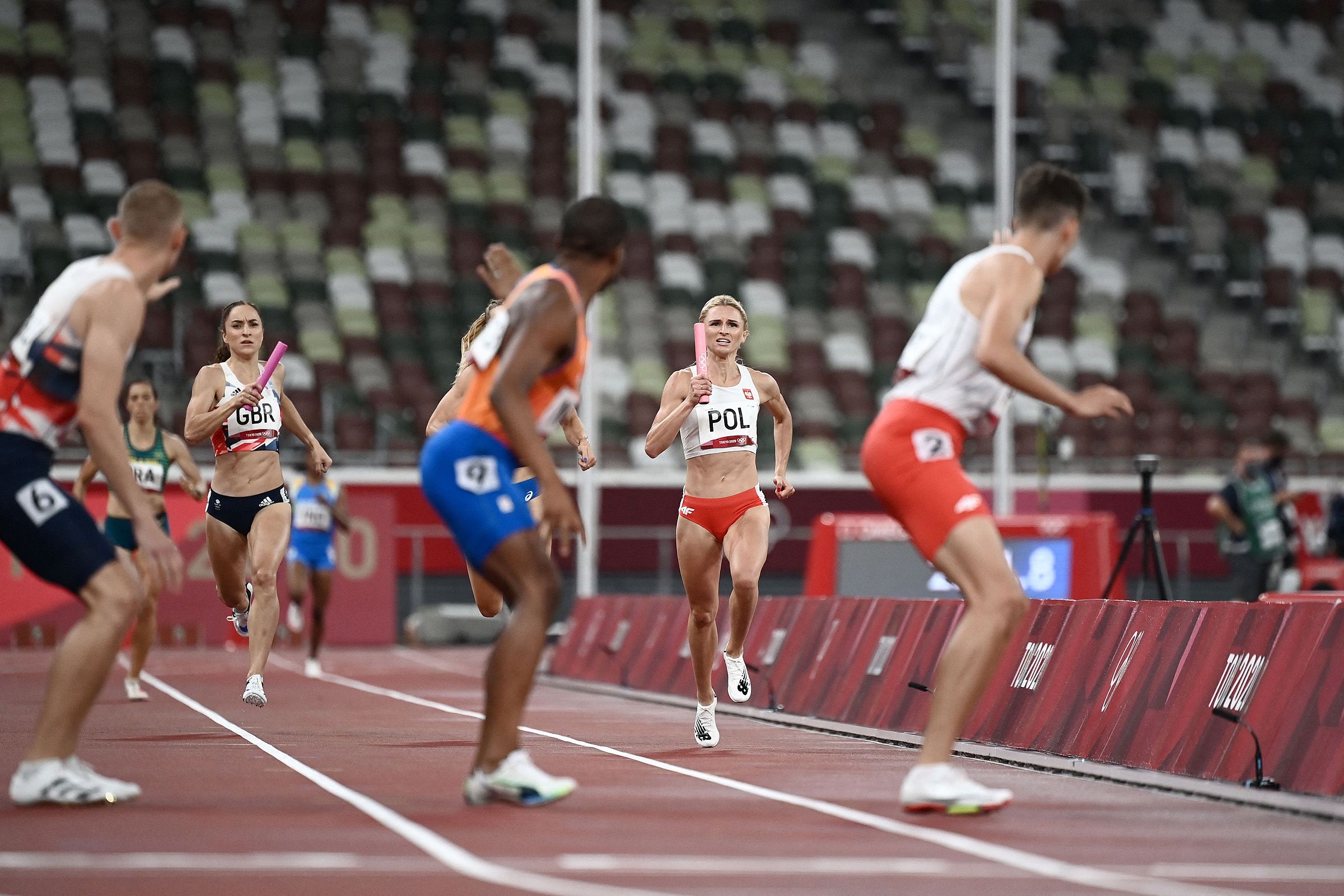 Twelve of the 15 teams in action set national records, reflecting the youth of the event, which was introduced at the World Athletics Championships in Doha two years ago.

By contrast, world champion and 2020 female World Athlete of the Year Yulimar Rojas breezed through the qualifying round of the triple jump, progressing with one jump despite taking off nearly 40cm behind the board.

Her leap of 14.77m was still well clear of the automatic qualifying standard of 14.40m and would have been well over 15 metres had she hit the board on take off. 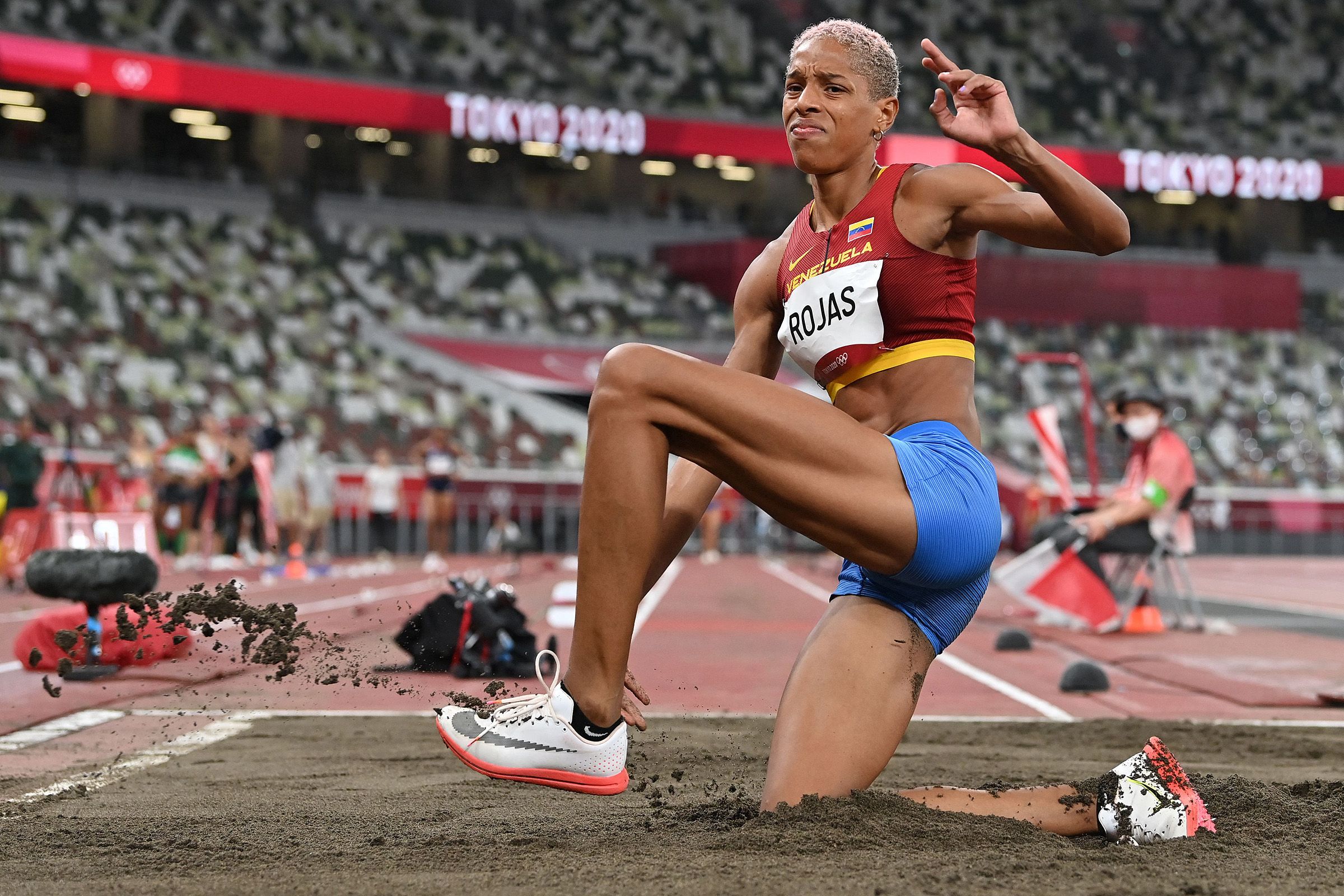 But the drama was around 37-year-old two-time world champion Caterine Ibarguen, who struggled to find her rhythm on the runway and was facing elimination before a third round jump of 14.37m, which earned her place in the final as the seventh-best qualifier.

Another veteran, two-time Olympic shot put champion Valerie Adams, had no such difficulty, becoming the first shot putter in history to reach five Olympic finals with an automatic qualifier of 18.83m.

However, reigning world champion Gong Lijiao dominated proceedings with a best throw of 19.46m, ahead of her compatriot Song Jiayuan (19.23m) and American Raven Saunders (19.22m).

BACK
Pages related to this articleDisciplines
10,000 Metres